Within the masterplan of new, orthogonal urban grids that create the setting for Wembley National Stadium, a sinuous brook has formed the boundary of the Wembley Parade site and inspired an organic architectural response overlooking the river and trapping the southern sun.

London once had many rivers yet only the great Thames remains on its original course and in full view. Others were covered or re-routed though some smaller brooks still follow a natural course and their presence contrasts with the order and density of the city. In Wembley, that snippet of nature is being celebrated with a new, super-block and riverside walkway. The development is residential with café uses at ground floor, overlooking the walkway and the road junction which it shares with a busy student residence tower. The serpentine form of the floor plan is framed in a ripple of balconies that activate the façade and maximise views of the natural location. None of the geometry compromises the floor plans and in fact the triangular balconies allow for a larger sitting area in the middle and better natural lighting to the apartments below.

Within the serpentine spine is an enclosure space filled with a small rounded tower. Again the geometry is eroded, and the plan form allows maximum sunlight penetration to the apartments behind. Between the two contrasting masses is an estuarine landscape that swirls and flows to the public realm and the road junction. The materials are lightly coloured with high gloss metal balconies with an earthier tone to the body. The ground floor, which contains many open areas to reduce built form on the flood plain, contrasts in glass and masonry. 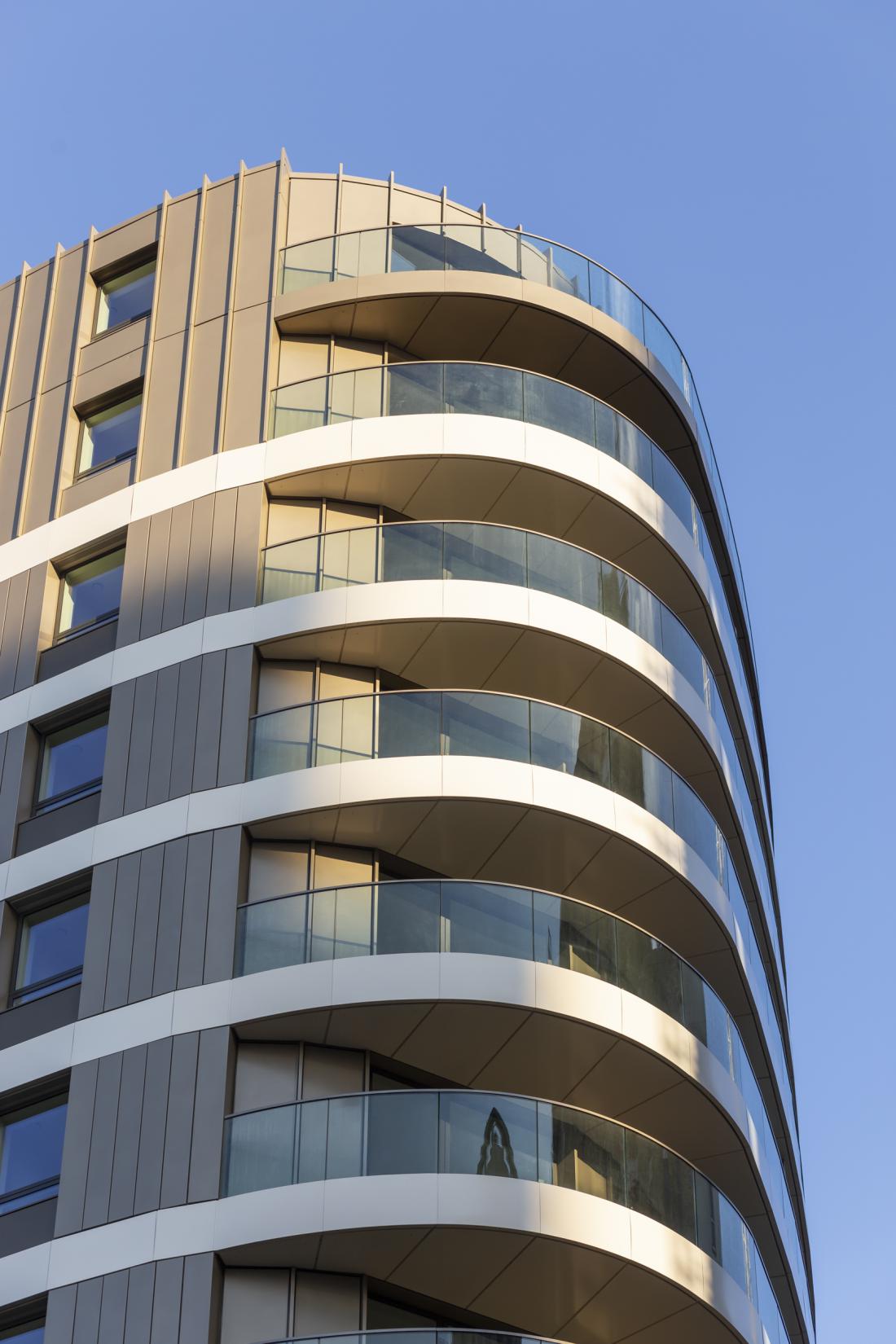 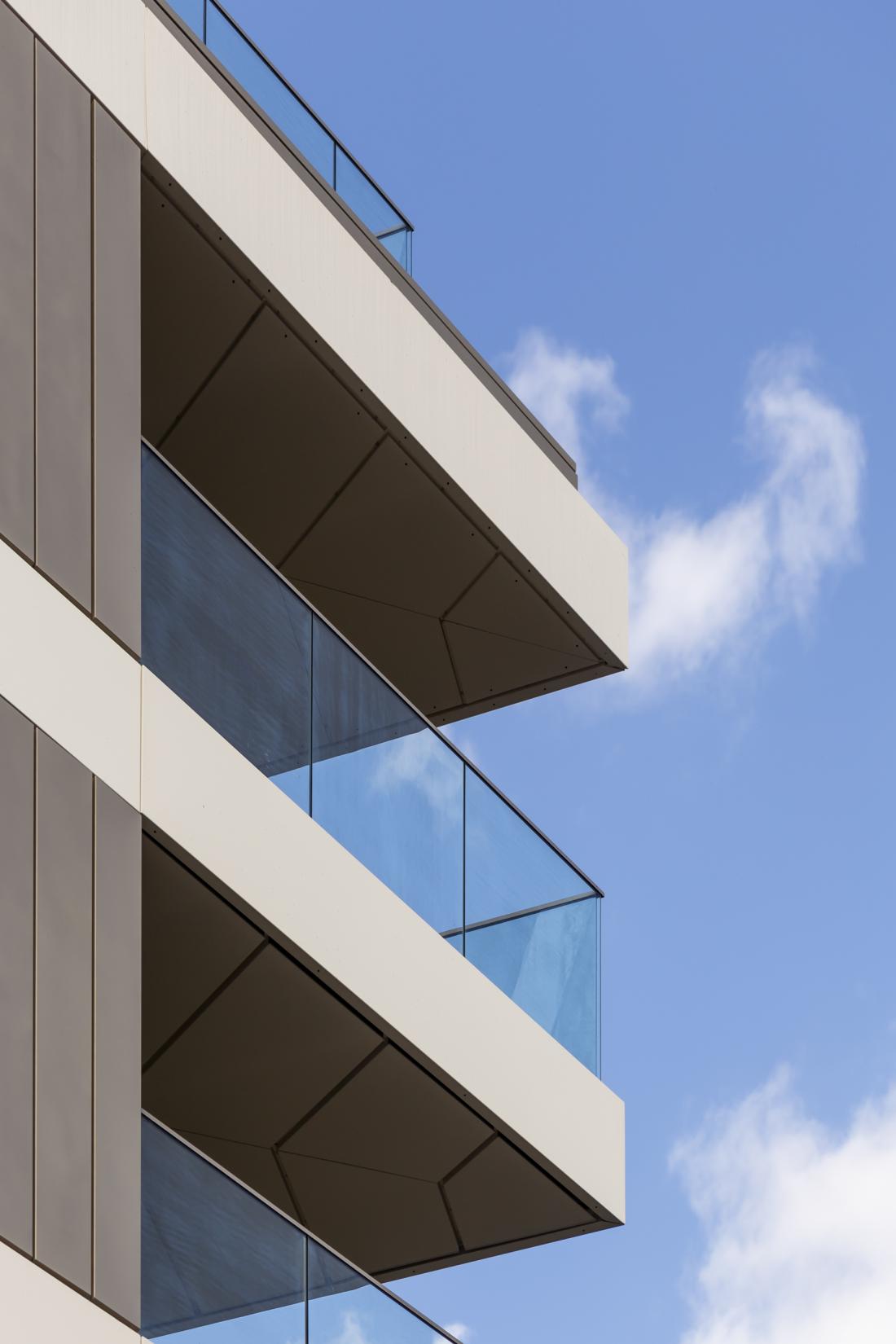 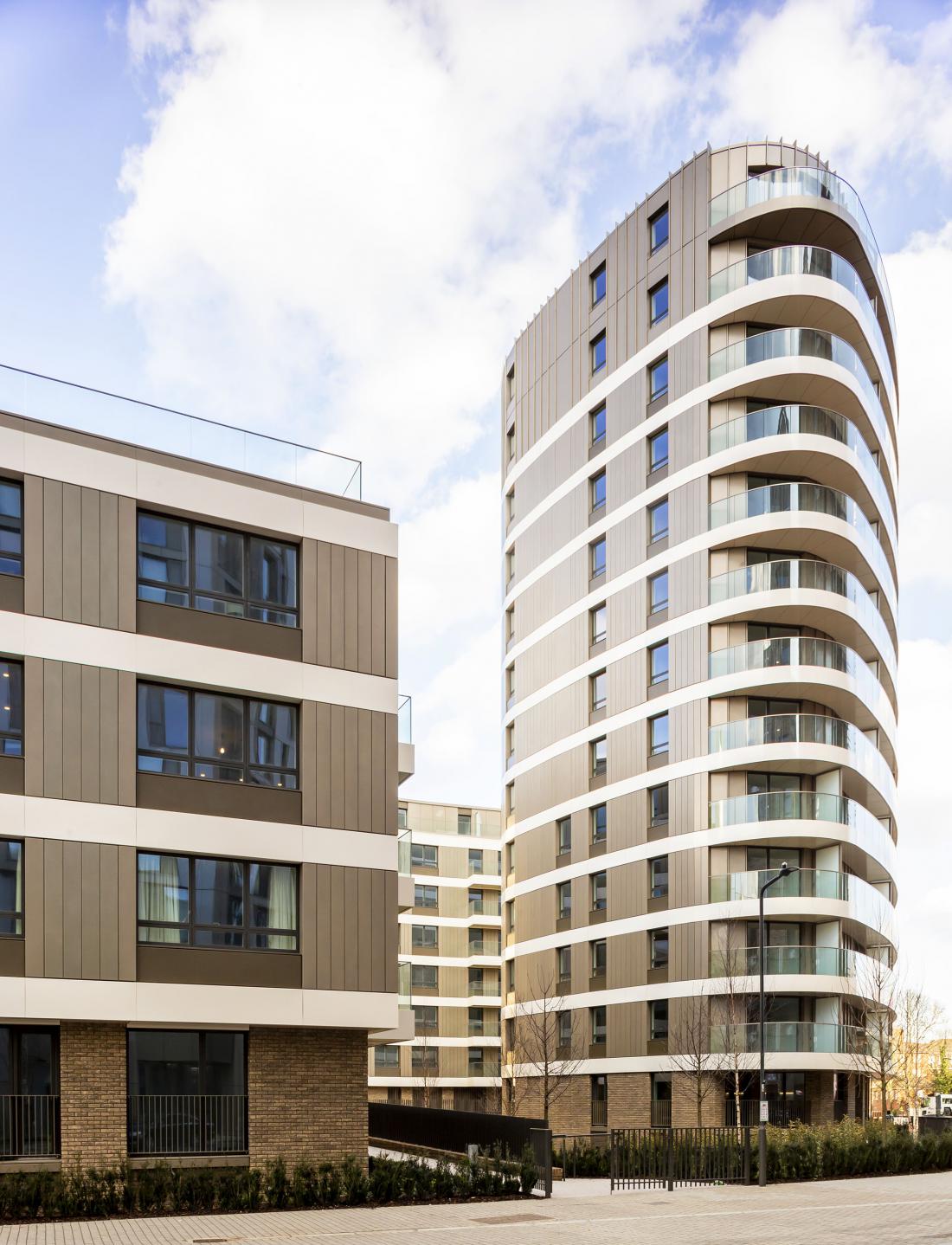 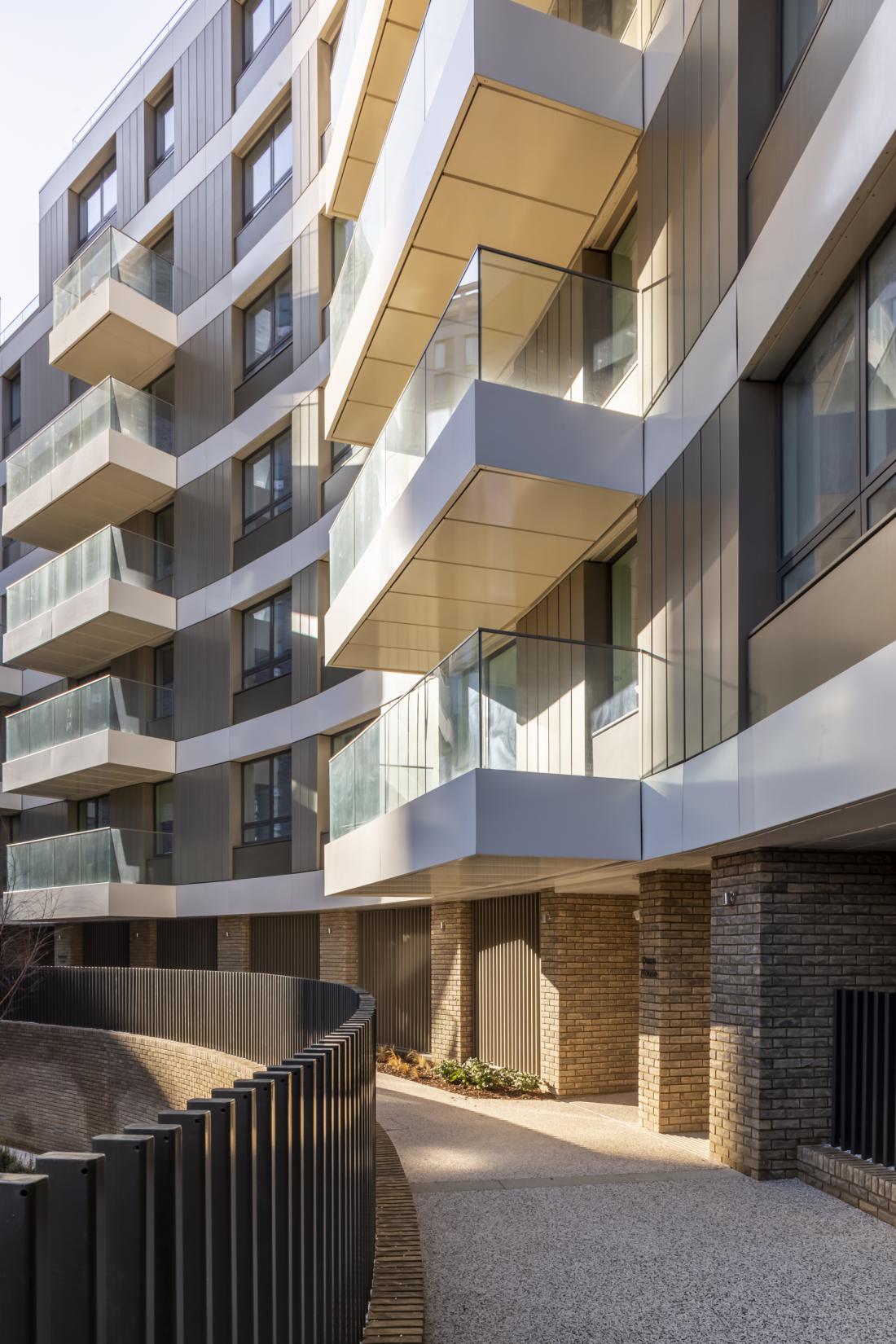 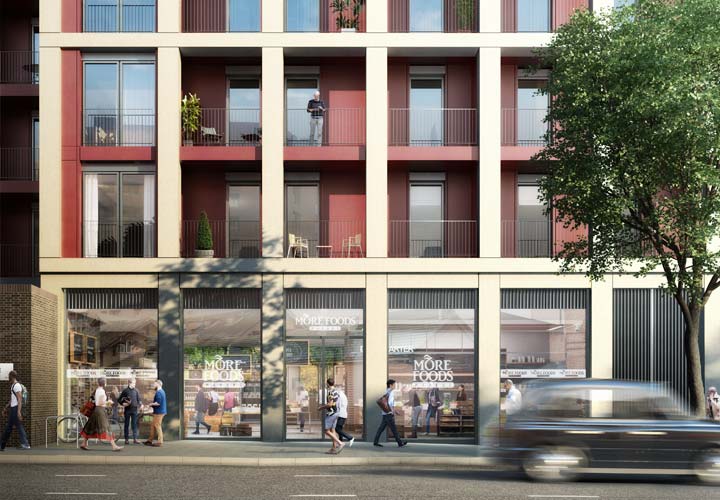 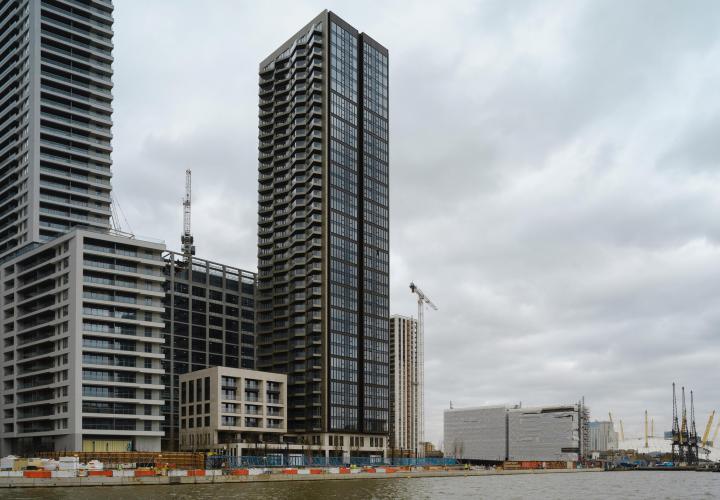