On the site of former controversial planning consents by other architects, GRID was appointed to prepare a new planning application for a luxury residential development on this important street in Westminster. The newly completed project has sold for record values in Victoria and is the centre point of further developments in the area.

The solution is both a civic and residential architecture that continues the development of an architectural language started at 190 Strand. The location of the building within the urban fabric is both a constraint and a driver of the solution. The robust, narrow and high Horseferry Road is relieved by St Johns Gardens opposite the site. The street façade responds to this by being of a grand scale while having open aspects to the gardens. Where there are good views to the skyline, setbacks and large terraces are introduced allowing the composition to become more informal.

A ‘vertical’ architecture to Horseferry was developed as a triptych of bays with vertical and horizontal elements based on continual subdivisions of three. The mathematical proportioning is taken to the return walls but stopped before the back elevations which are lower and smaller in scale. The rear façades and setbacks are formed by angles of light penetration to neighbours properties and views out, in particular to the east and the Palace of Westminster. A more industrial architectural language, with finned metal cladding, reflects the site’s industrial history – home of a huge gasworks and of the first gas lighting system in the world. The plan shape is a perimeter with a partially open courtyard to the rear of a garden wall. Consent was granted in early 2012 and construction was completed in 2014. 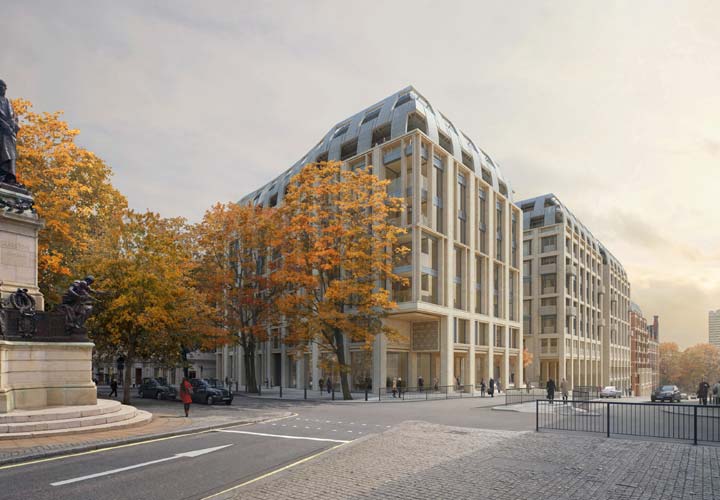 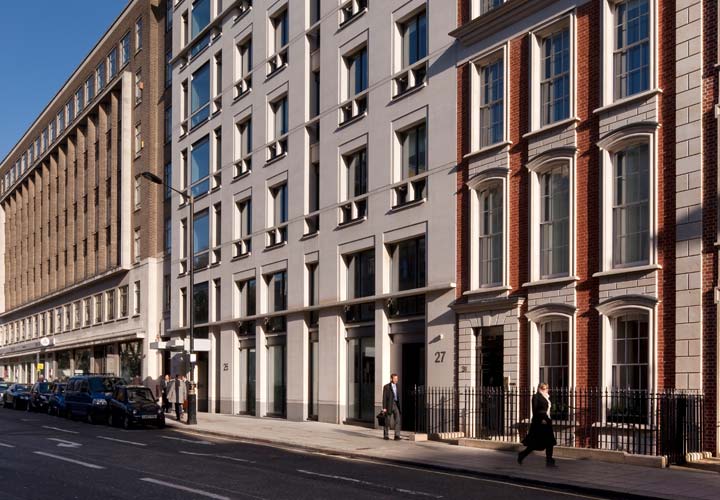