The 2.8 hectare Marine Wharf is the key site within the Surrey Wharves masterplan, and the key site in Lewisham’s wider aspirations to use the former Grand Surrey canal to regenerate North Deptford. Surrey Wharves encompasses six different development sites, all in different ownerships, spread over 7.3 hectares of Deptford, to the north of the Pepys Estate.

GRID was commissioned by Berkeley Homes, to develop a masterplan with Lewisham Council to establish an overall vision and framework for the individual sites, and then develop a detailed application for 532 dwellings, an Extra Care building, and 40,000sqft of commercial space to create a vibrant residential and business district on Marine Wharf.

Marine Wharf was historically occupied by timber mills, which were served by the Grand Surrey canal. Basing the masterplan around the land of the former Grand Surrey canal, decommissioned in 1970s, the masterplan sought to provide north south links along a new linear park. This park connects Surrey Wharves to other development areas to the south, with the hope of providing a catalyst for investment and regeneration in the area, particularly on the Pepys Estate. The framework established other key east west routes, identified a commercial centre to create a critical mass of activity at the head of the park, and provided parameters for the typology and heights of buildings across the site.

On Marine Wharf the park is lined by pitched roof metal clad apartment buildings reminiscent of the warehouses that once lined the canal. At the head of the park is a new raised public square which terminates the route and leads to commercial streets either side, establishing a critical mass of new commercial activity. A café sits within the square with a sculptural roof form presenting views down the full length of the park. 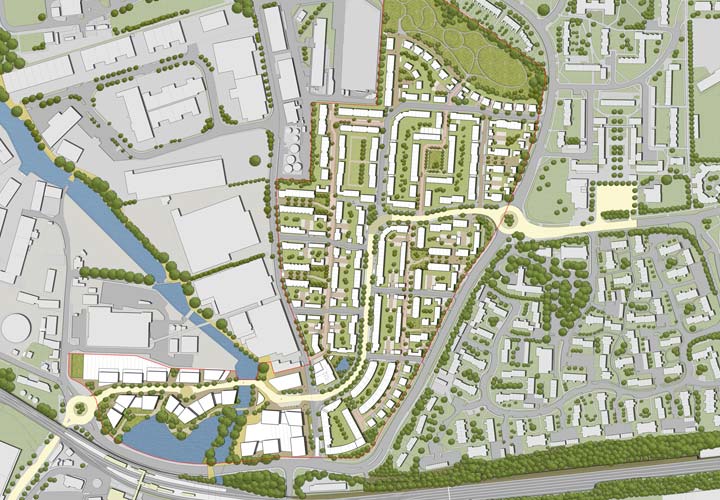 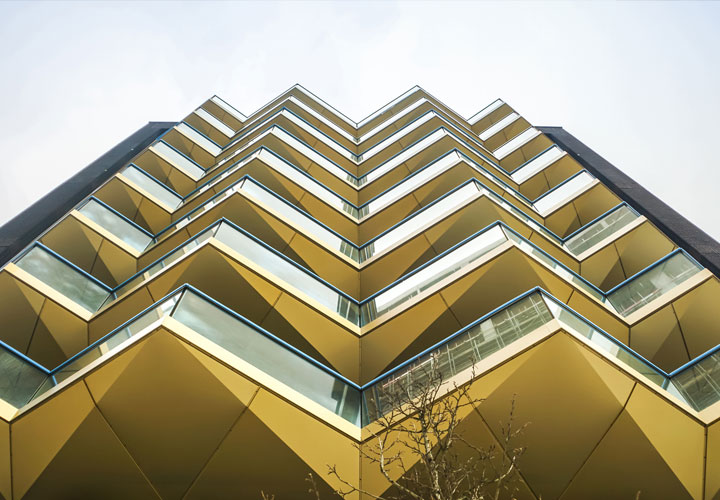 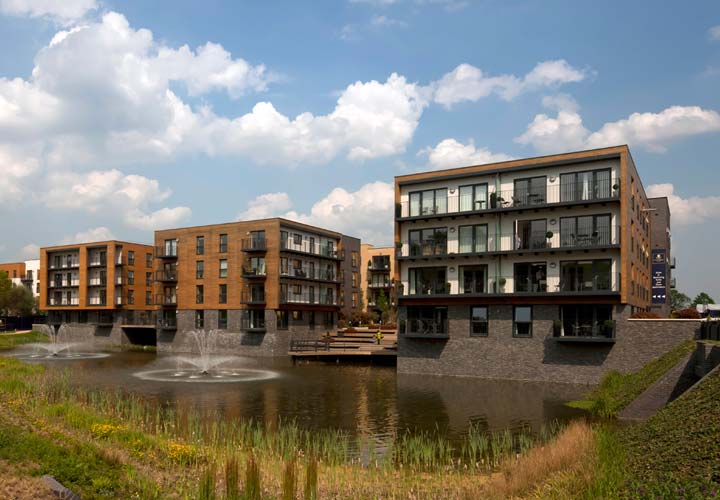