Southbank Place is a comprehensive redevelopment of the river side quarter which houses the Shell Centre. Since the office complex was built the Southbank has become an ever more popular part of London. The theatres and galleries form a cultural pearl on the river with the London Eye as its banner. London’s notional centre has gravitated east in recognition of the attractions of these attractions. Change has resulted in a demand for high quality residential and new work and retail spaces. The Shell Centre’s comparatively low density but unrivalled amenity, aspect and connections led to a reappraisal of the site and brought forward a new vision.

The masterplanner, Squire and Partners, developed a strong composition of rectilinear towers that steps back from the river towers with York Road and Waterloo Station. Retaining the Shell Tower as the fulcrum, a number of plots were created round narrow alleyways and new public squares. GRID was appointed after an invited, international design competition to design a 21 and a 11 storey building which forms the first phase. The design solution joins the two buildings together with a glass connection containing double aspect apartments.

The design parameters for the buildings were established by the masterplanner and developed by the architects working across the sites. The scale, proportions and materials of the facades have been developed so that they have a dialogue with the other buildings on the masterplan, but with their own distinct identity. The GRID design is inspired by the site’s history as the location for the 1951 Festival of Britain. The festival star motif, designed as a banner by Abram Games, is abstracted into the cladding panel as a 3D form. The panels are either perforated or embossed to allow them to be both translucent in front of windows or solid panels. Elsewhere the motif appears as a sun shielding pergola to the penthouse flats and as a pattern for the front door. The composition of the panels responds to the apartment plans which are generated by the changing aspects and views at different levels. But controlling this informality is a cage of stone columns and beams – the same language as used on the other residential buildings in the masterplan.

GRID has developed the construction information with Canary Wharf Contractors, and are responsible for all aspects of the design from stone detailing, development of the metal panels and detailed floor plans. The overall Shell complex redevelopment started in 2015 and Phase 1 is due for completion in 2018. 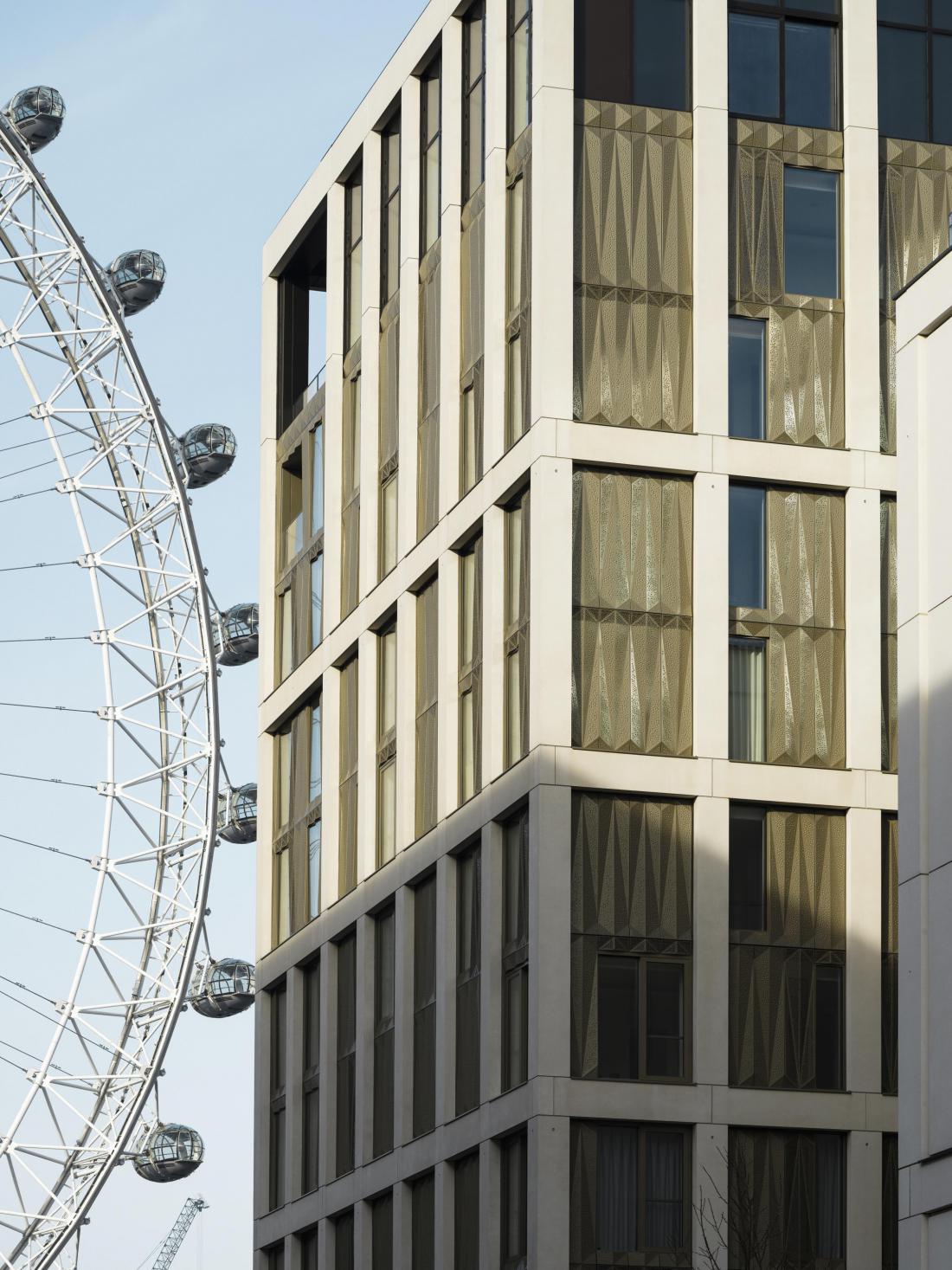 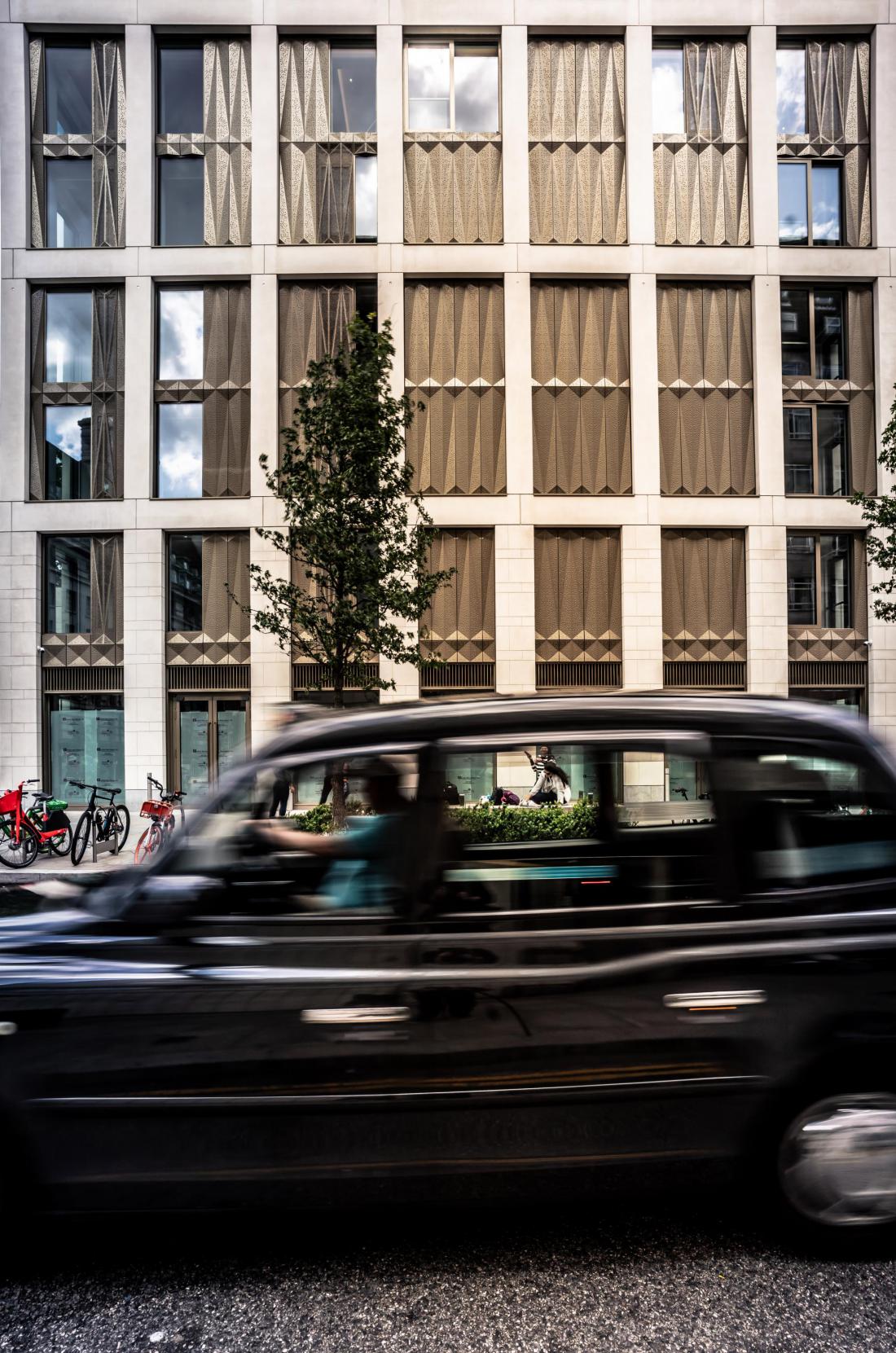 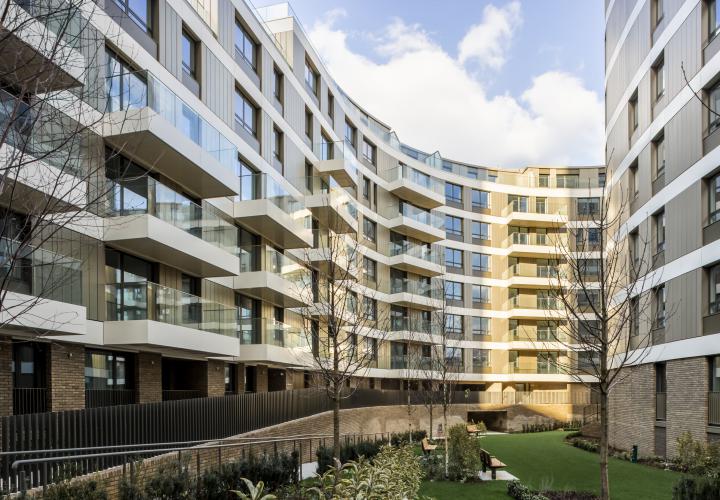 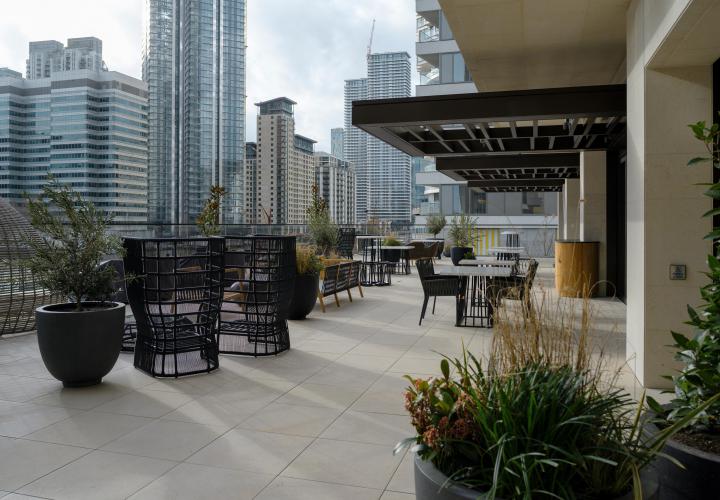 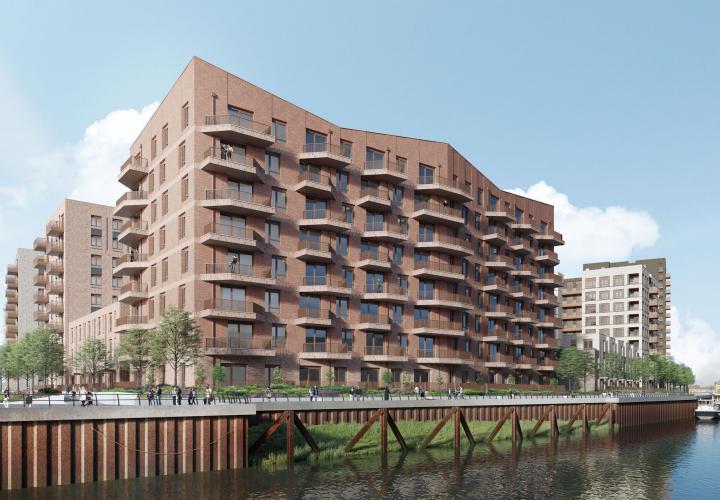