GRID’s planning application of late 2017 for our biggest Birmingham project to date was consented in late 2018. Located in the historic Gun Quarter, the heart of so much of Birmingham’s industrial heritage, Snow Hill Wharf is a major regeneration that will house over 400 new homes in a canal side setting.

The Gun Quarter is where a ‘thousand trades’ worked metal and timber, on the artery of the Birmingham and Fazeley Canal. While Birmingham once led the world in industrialised production, the machinery has mainly fallen silent over the last forty years but left behind a rich industrial landscape. Now the city centre is re-establishing itself as a place to live and work. The ‘Big City Masterplan’ presents an aspiration to grow the city core to the surrounding areas, such as the Gun Quarter, to bring life to the city’s ‘inner ring’ of former employment land. Snow Hill Wharf is a site where the council is keen to see investment in high quality residential environments by experienced regeneration experts like St Joseph. The site is located on the canal in close proximity to the city’s Grade II* listed Roman Catholic Cathedral, St Chads.

The proposal, with five unique buildings, celebrates the area’s character while creating new active streets, new public realm, street trees and waterside gardens. A 21 storey building is located on the canal side to mark the point where it intersects with one of Birmingham’s mainline stations at Snow Hill, bringing legibility to the city and adding a key wayfinding point on the canal’s route around the city centre. The buildings are a combination of brick colours and simple detailed openings. 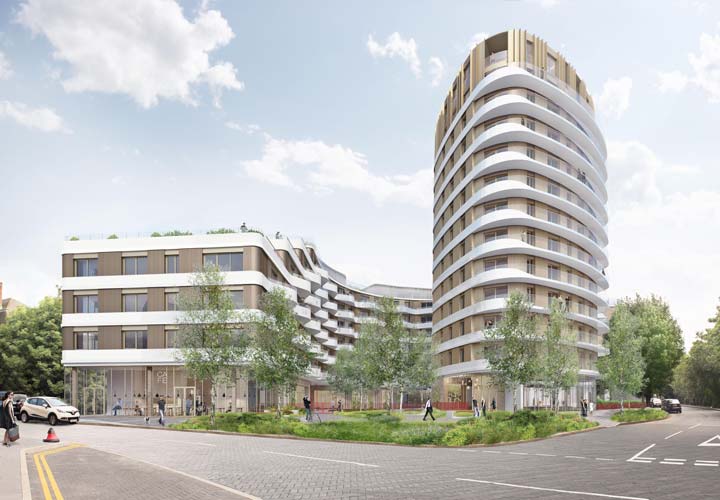 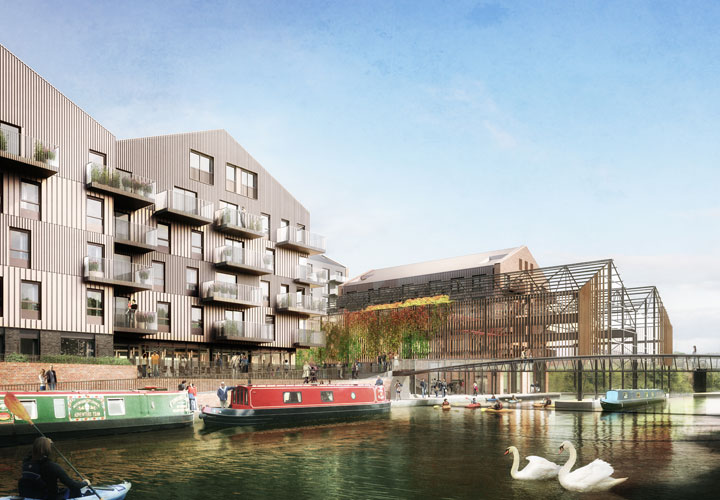 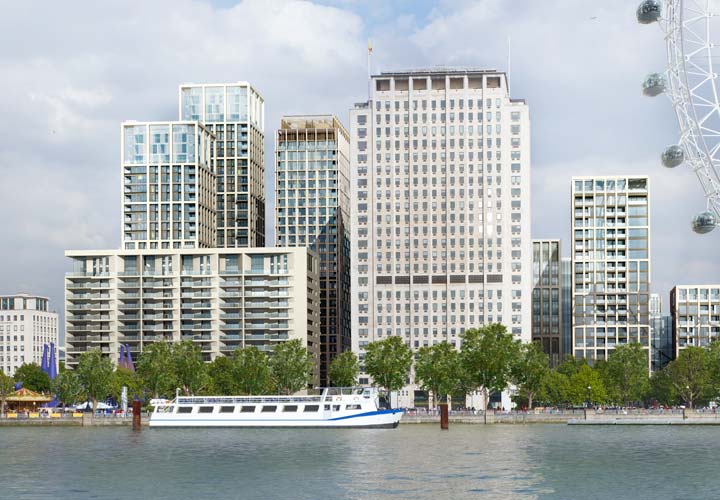